The following post is translated from the Betyársereg, The Bandit Army
The Betyársereg is an infamous organization in Hungary of patriotic ex-military, ex-secret service, ex-policemen. They posted a very troubling message yesterday (October 1st) on their website which I found to be vital to translate and share to the international community. Please be warned that the link to images in this post are extreme and contain mutilation, blood, and dead bodies.

The link to the original Hungarian post (and pictures) can be found here: http://betyarsereg.hu/brutalis-bizonyitekokat-talaltunk-a-terroristak-jelenleterol-a-betyarsereg-beszamoloja-roszkerol-18/ 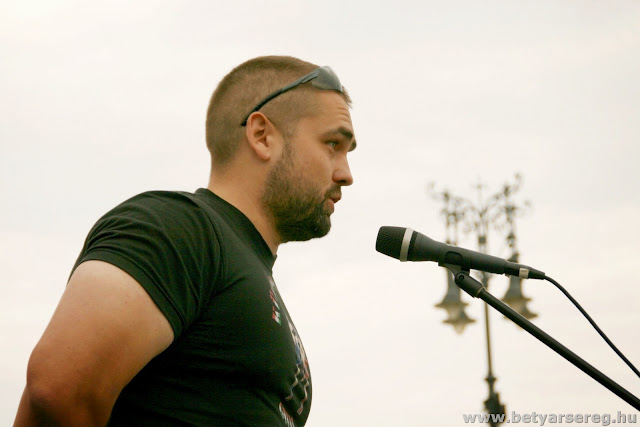 Despite the razor wire, despite the fence, the soldiers and police, the new conquerors still won't give up on their goal of European domination. At times there are fewer of them, at times more, but unrelentingly they come. We already knew that we aren't facing refugees, but now we can show you proof of this. Members of Betyársereg along the border found various mobile phones on which can be seen footage of such carnage, that even we were left stunned. Beheadings, maimed body parts, bodies being burned alive. These are only a few examples from the hundreds of videos and photographs that our members looked through. The footage is only recommended for those with nerves of steel.

Now that the nights are more peaceful, I have a few moments to collect my thoughts on the events of the recent past. I can tell you, that about a year and a half ago when illegal migration suddenly exploded, those who witnessed the events with clear eyes were ringing the warning bell, signalling that there would be serious trouble. And so there was. Everything that the government is trying to do now leads in a good direction, but they only effected the necessary measures a year and a half after the problem began. In the beginning, amidst the weak border protection, hundreds of new parasites infiltrated Europe, and only those were caught who were actual refugees and wanted to contact the police. They did not need to be captured, they came to us and were happy that finally after many hours of walking they found a patrolman. Then, the large portion of refugees were from Kosovo. 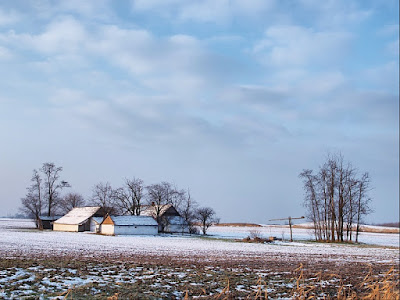 And so spring arrived, and the people kept coming. Many elderly villagers then saw Africans or Arabs for the first time in their lives. In the mornings, oftentimes groups of thirty-to-forty men would wait at the bus stop beside villagers heading off to work. At the time, the police lacked the capacity to deal with these groups, the bus would pick up the migrants and take them directly to the police who pulled them off.

In the summer, the situation spiralled into such a state that our villagers began to be frightened. In the middle of the night, groups of conquerors wandered around our streets, and the villagers could do nothing but lock their gates and watch. If something suspicious happened, they alerted the police. At this time, the traffickers leapt into action and soon our quaint village looked like some city's outer district, infested and swarming with criminals. In a little while, these criminals were doing their deals in the broad light of day. There was even a day when the locusts changed their clothes in the churchyard and jumped into private, waiting vehicles that took them westward. 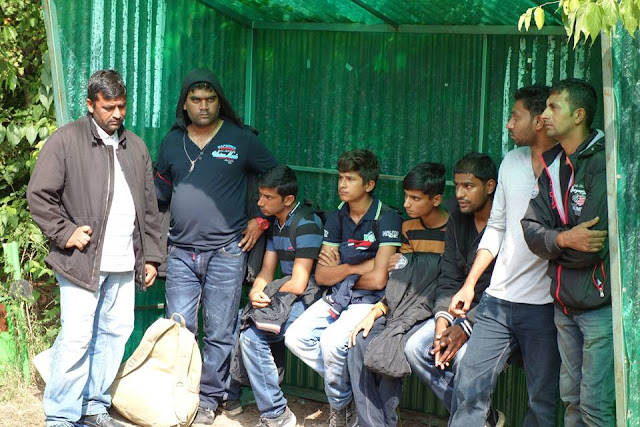 
In this case, it was legal for our village's immune system to jolt into action, and brave local youngsters volunteered to help the work of the police. Their jobs weren't entirely without risk even though these arrivals so vehemently touted as peaceful by the liberal media appeared harmless. Later, of course, it became apparent that the moment they were in a power advantage, they did not hesitate to pull out knives and to make threats with them. This situation actually happened with me, and not much held me back from losing my life.

There was also a case in the village when we used a Hungarian bullwhip. Around here, there are still a few people who can skillfully command this very practical tool. And so, a group of my friends and I set off to clean up the area around the Tisza River, which was known to be a problematic zone. But we didn't have to go far because the problem came to us. On the road, the silhouette of a group of around eighty men appeared. The youngsters waited for the group, and when they were about thirty-forty meters away from each other, one of the young ones stood in the middle of the road, and made a mighty snap with the bullwhip. He swung the whip around and yelled in English: the police are coming, everyone sit down! At that moment, all the migrants who were there quickly sat down. Luckily, the authorities handled the rest of the situation and arrived on the scene within minutes in great numbers. Our little volunteer troops recruited one of the cooks from a local inn and continued their search, and before the police finished putting all the eighty sitting men on buses, seven more men were rounded up from nearby gardens. It is a good feeling to know that, although there are few of us, there are some who are willing to act when it comes time to protect our neighborhood.

I cannot say what the future holds for our village. Every night there are captures. Sometimes more, sometimes less, but always more come. Despite the razor wire, despite the fence, the army, the police -- the new conquerors still won't give up on their goal of European domination. The situation won't soften with the arrival of winter, that much is certain. In the cold only the trained fighters will come, and even if they shiver or if their stomachs ache in hunger, their instincts will ensure that nothing will scare or stop them. We are going to need brave patriots in our massive farmlands, those who will protect our lonely elderly folk.

Of one thing I am certain: here in the village there are many who will not be afraid to protect their places of birth, their families. They will do that at whatever price, should our government fail to fulfil its duty for some reason. 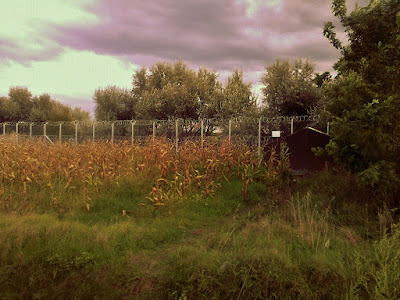 During capture of migrants, civilians have repeatedly reported seeing groups that moved in formation, and when these groups slept, they did so as is taught in the army. In a closed formation, leaning on one another, with the sergeant or the general being protected in the middle. These young men moved in a routine way and behaved logically, many times we were unable to catch them because they would split away from the main migrant groups before we arrived. They hid in the forests and would usually reappear a day or two later in Szeged. If it came to checking their possessions, they mostly had large amounts of high-protein food and items necessary for sheer survival. No useless baggage, and anyone who is even a little bit familiar with the army lifestyle can immediately see the difference. These young men are well-trained fighters who will cease to hesitate should their numbers be enough to fulfill their mission. The videos and pictures found on abandoned mobile phones around local villages contain reams of extreme religious and terrorism-related activites. The groups who successfully arrive and pass through inspection contact others behind them and inform them which way is safe. If the latter groups get stuck, they immediately stop and pull out their phones and send messages. We have to tell them countless times while they are waiting for buses not to use their phones. The shocking thing is that these groups found paths to Szeged that not even I, as a native and avid hiker, have ever used. In the darkest depths of the forest, they travel practically unimpeded to the city. Many times they throw away their army papers here, we found these wherever we went. If police or other authorities neared them, they would try to throw away more incriminating objects. Even now, before I stopped to gather my thoughts and share them, I took a walk around the border crossing at Röszke, and within moments I found a switchblade knife, a wallpaper cutter, and even an adze. I was surprised at the adze, since it is quite a rare object for a person to carry around, especially if that person sets off somewhere with supposedly peaceful intentions. However, who knows, it could be that the unfortunate refugee was just hurrying off to a traditional hog-killing, although his Muslim background hints that the likelihood of this is rather slim, and I don't know anyone in town who could recommend me a good Muslim hog butcher. 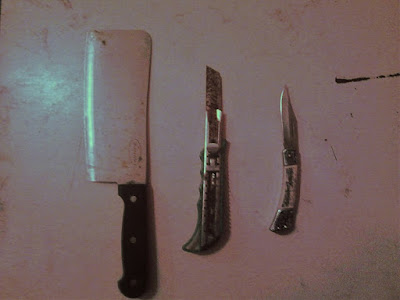 Technological gadgets have become such an important part of our society that we store personally significant moments of our lives on these gadgets for the sake of posterity. We thus have a record of exactly those things that interest us.

One of these important gadgets is a telephone, a particular one which I discovered about five hundred meters from my house in a cornfield contained things that exceeded all my wildest imaginings. I am a person with strong nerves, but certain contents can shock even me. There were beheadings, maimed body parts, bodies being burned alive, videos of certain organizations. When I think that the owner of this telephone passed by my house, I become very uneasy.

We Hungarians love and respect life. I know now that the thousands of unregistered Muslim fighters flowing across or hiding in our country do not view life in the same way. They especially do not think of their enemies in a such a way, but neither do they respect their own kind. Europe just blundered into a bloody war, and it is only a matter of time when it will truly begin. The most horrible part about this is that to these new arrivals who are still being helped and comforted by activists, the taking of a human life is about as significant an event as drinking our morning coffee is for us. When the time comes, they will not have moral scruples about the need to murder women or children.

I watched a few dozen videos in the past couple of hours that I would prefer not to share here, but I collected various photographs, specifically for those with strong nerves. 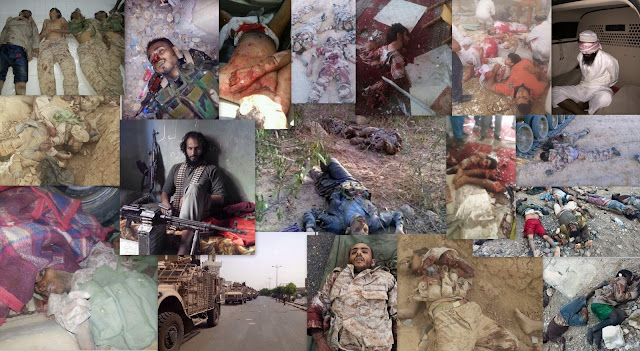 A big thank you needs to be said for our army, our police, who are trying to protect our homeland. This is a dangerous task. I was just out on the border a couple of hours ago. Vigilance is contant, I cannot go near the fence without being asked who I am, what am I doing there. I'm happy because even though the pressure at Röszke has lessoned, the attention is just as intense, and they want to catch everyone and anyone who so much as attempts to illegally enter.

It is best that I spiritually prepare myself for a harsh and merciless battle. I hope I will be wrong, but the ghost is out of the bottle, and I cannot even imagine how many fighters have crossed into Europe undetected, without the system knowing about them. These men are organizing the new battlefields which will cast large portions of Europe into flames.


Furthermore, the news just broke this story on October 5th on television. The video of the news segment can be seen on their website. It is in Hungarian, and there will probably be a short, annoying commercial before it. In the video, the Betyársereg discuss the phones and their contents.

Here's the link to the video: http://www.hirado.hu/2015/10/05/megrazo-felveteleket-talaltak-bevandorlok-altal-elhagyott-telefonokban/